The League of Extraordinary Providers

Hep A and B Vaccination Sites 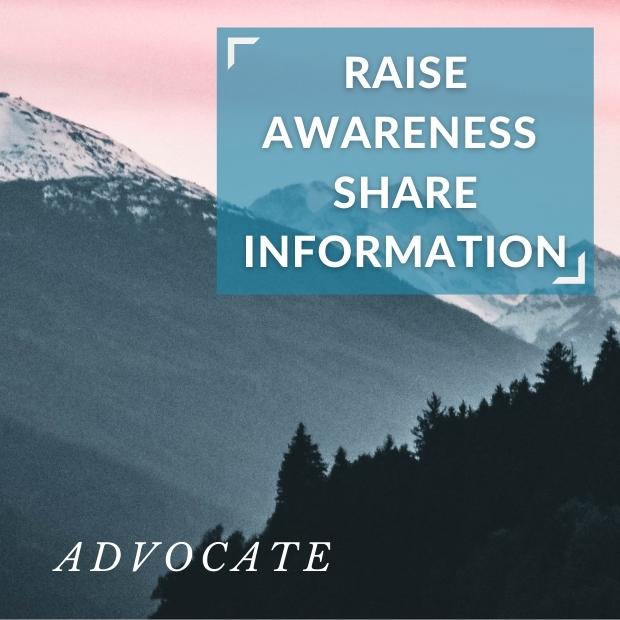 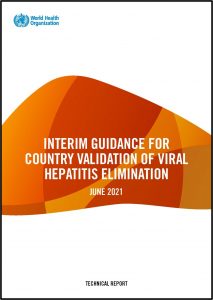 WHO has developed this interim guidance for countries and other stakeholders seeking validation of elimination of viral hepatitis as a public health problem, with a specific focus on hepatitis B virus (HBV) and hepatitis C virus (HCV). It provides a global framework for the processes and standards for validation of elimination, and overall proposes the use of absolute impact targets to validate elimination at the national level (instead of, although equivalent to, the relative reduction targets originally defined in the 2016 GHSS) in combination with a set of programmatic targets. 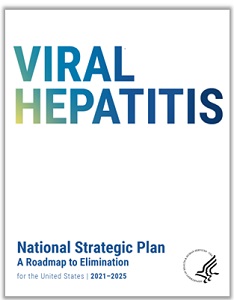 Viral hepatitis is a serious, preventable public health threat that puts people who are infected at increased risk for liver disease, cancer, and death. The Viral Hepatitis National Strategic Plan for the United States: A Roadmap to Elimination (2021–2025) (Hepatitis Plan or Plan) provides a framework to eliminate viral hepatitis as a public health threat in the United States. Elimination is defined by the World Health Organization (WHO) as a 90% reduction in new chronic infections and a 65% reduction in mortality, compared to a 2015 baseline. The Hepatitis Plan focuses on hepatitis A, hepatitis B, and hepatitis C—the three most common hepatitis viruses and that have the most impact on the health of the nation.

The Hepatitis Plan provides goal-oriented objectives and strategies that can be implemented by a broad mix of stakeholders at all levels and across many sectors, both public and private. It serves as a mechanism to identify and leverage areas of synergy and resources and to avoid duplication of efforts across agencies. 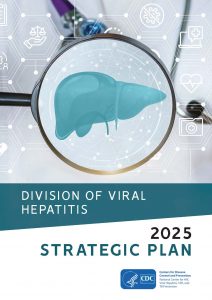 DVH’s 2025 Strategic Plan articulates DVH’s vision, mission, core values, and goals. Each goal is further defined by specific and time-bound outcome measures and supporting objectives and associated strategies. Data sources, baseline data, and selected 2025 targets in the context of 2030 aspirational goals are all presented in this document. 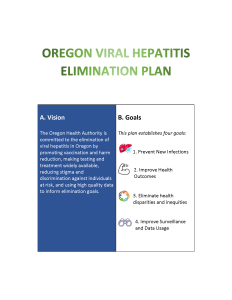 Oregon Viral Hepatitis Elimination Plan is OPEN for YOUR feedback until December 20, 2022. Click here to read the plan and add your comments. 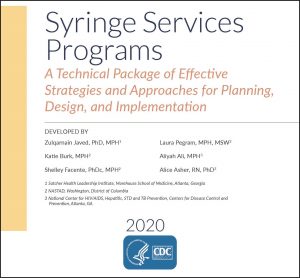 This technical package provides evidence of the effectiveness of strategies and approaches for supporting successful planning, design, implementation, and sustainability of syringe services programs (SSPs). This document was developed by the Centers for Disease Control and Prevention’s (CDC) National Center for HIV/AIDS, Viral Hepatitis, STD, and TB Prevention in partnership with the National Alliance of State and Territorial AIDS Directors (NASTAD). It provides a broad framework for new and existing SSPs to ensure needs-based service delivery, reduce harms related to injection drug use, and link participants to services that support their health and wellness. 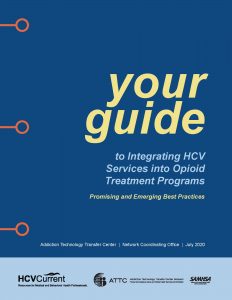 This guide is intended to build the capacity of publicly funded Opioid Treatment Programs (OTPs) to integrate Hepatitis C Virus (HCV) prevention and treatment services into their programs. The guide may also be useful for Federally Qualified Health Centers (FQHCs), community and healthcare coalitions, nonprofit organizations and other substance use disorder and HCV treatment providers. The opioid epidemic has resulted in significant increases in HCV among people who inject drugs, accounting for 23% of new infections. HCV is completely curable and testing and treatment are the path to cure. OTPs play a critical role in comprehensive approaches to addressing HCV and this guide is one tool to help. 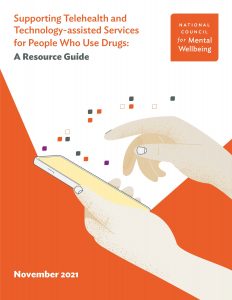 To support organizations that provide care to PWUD, the National Council for Mental Wellbeing (National Council), with support from the Centers for Disease Control and Prevention (CDC), developed this resource guide organized by five strategies and related key considerations for implementing telehealth and technology-assisted services:

This resource guide aims to help harm reduction organizations, SUD treatment providers and other organizations that serve PWUD overcome challenges associated with implementing telehealth and technology-assisted services and leverage these advances to help improve the health and wellness of PWUD.